– made possible with support from the Australia Council for the Arts

Antelodic are Touring Nationally through April & May, with their Albury performance at Turks Head Gallery on Wednesday the 15th of April

The April/May tour of ANTELODIC has been postponed due to the COVID-19 pandemic. The tour will go ahead later in the year, and dates will be announced in the coming months, or as soon as possible.

Thank you, and stay safe x

Antelodic is a contemporary chamber jazz ensemble based in Melbourne, Australia. Antelodic perform elegant, finespun music, with a confidence and ease that comes from a deep understanding of, and commitment to, the music and each other.

Antelodic will be performing at Turks Head Gallery, Albury, on 8th of April...

In April and May 2020, Melville’s Melbourne-based trio Antelodic will celebrate the release of their second album, ‘To Iceland! To Iceland!’ (ABC Jazz) with a national tour, joined by drummer Ronny Ferella’s Spartacus Collective, and live visual artist Jean Poole.

Robbie Melville’s compositions are evocative, intimate, ethereal and often whimsical. They are brought to life with the unusual instrumentation of guitar, tenor saxophone (Gideon Brazil) & alto saxophone (Monty Mackenzie). Antelodic explores the space between jazz, chamber music and acoustic folk, with influences including Bill Frisell, Joni Mitchell, Jimmy Guiffre, the writings of Richard Brautigan and the photography of William Eggleston.

Joining them on their National tour is drummer/composer Ronny Ferella, performing with Antelodic as Spartacus Collective. Ferella’s music creates a hypnotic tapestry of experimental improvised sound that redefines solo drumming for the 21st century.

VJ Jean Poole will contribute striking improvised visuals, drawing on textures and animation inspired by the music, reacting in real time with projected visuals throughout the performance.

“ Melville’s compositions are beguiling, but it’s the way they’re realised by the whole group that makes this recording so special. There’s plenty of intrigue, but always room to breathe…”

Antelodic has performed at the Wangaratta Festival of Jazz & Blues, Inverloch Jazz Festival, toured throughout regional Victoria and recently returned from performances in the UK. On their new Australian tour they will be performing at Turks Head in Albury.

We partner with Art Money, all works are available with 10 payments, 10 months, no interest.

We are proud to be an approved club with MomentoPro, join through Turks Head and receive discounts on your fine art books.

The gallery is open all day Thursday to Sunday.

Due to COVID-19 we will need all visitors to the gallery to provide their contact details here, or use this QR Code to go to the form. 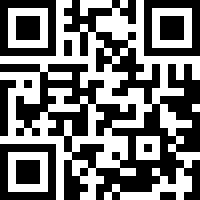